A taste of the Middle East: Mediterraneo of DeKalb 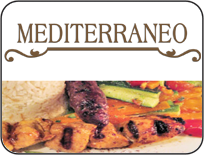 Looking for something unusual when you’re stepping out to dine in downtown DeKalb? Check out Mediterraneo, one of the newest restaurants in DeKalb that caters primarily to vegetarians.

The restaurant specializes in Middle Eastern cuisine, which is vegetarian by nature. Moe Mroueh, one of Mediterraneo’s owners, maintains that one of the primary reasons for serving the food is to emphasize healthy eating.

So far, DeKalb seems to have taken to the concept.

“I go through so much falafel, it is not even funny,” Mroueh said. “I was surprised how many vegetarians there are [in DeKalb].” Mroueh explained that the shop does serve some meat, but most of the entrées are vegetarian, and many are even vegan friendly.

Mroueh also expressed that he has seen a lot of positive attention so far, including some of NIU’s resident vegetarians.

The restaurant recently expanded its menu and there is now an open buffet, every Sunday from 11 am to 3 pm. Priced at just $7.95 per person, it’s a great way to taste some very unusual foods (though you’ll also find many you’re completely familiar with, such as humus and gyros).

Check out their web site at www.mediterraneodekalb.com for more details, including a menu and map.

2 Responses to A taste of the Middle East: Mediterraneo of DeKalb